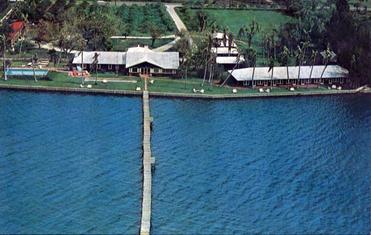 Admiral Eddie McDonnell and his brother, General McDonnell, were both fine men and god sportsmen. After a couple of highballs in the bar, all you had to do was ask them, “How did the Army-Navy football game come out this year”, and then sit back and enjoy the fireworks. Admiral McDonnell held the Congressional Medal of Honor, our countries highest military honor. Unfortunately, Admiral McDonnell was killed in a plane crash enroute to an Eagles Nest vacation.

Mr. Kelly who related this story grew up in the resort business and was guiding hunting and fishing parties at the early age of twelve. He was at the Eagles Nest for forty five years of his life. When people asked him about the great and important people he the privilege to know over those years he would certainly be amiss if he didn’t say the greatest people he ever met at the Eagles Nest was his Mother and Father, Jeanette and Jim Kelly, and his wife, Shirley, It was the combined effort of all that got the job done.

Mike Holmes, a successful businessman from Rye, New York, requested upon his death his ashes be placed in the Peace River from the Eagles Nests dock. He was cremated and his wished carried out by his widow, his sister and brother-in-law. Mike vacationed at the Eagles Nest for thirty-two winter seasons.

Generals Omar Bradley, Bedel Smith, and Cornelius Wickersham all enjoyed stays at the Eagles Nest. General Bradley was a great man and sincere gentlemen. General Smith, in addition to his military career, was also United States Ambassador to Russia. General Wickersham brings back many wonderful and fond memories of great days spent hunting and fishing with this truly great and modest man. General Wickersham was General Eisenhower’s legal advisor in the occupation of Europe and a senior partner in one New York’s largest law firms. 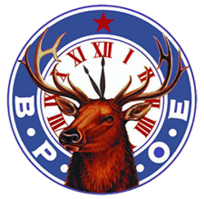 Many important businessmen, sports figures, and military leaders had enjoyable vacations at the Eagle Nest.

The Calder brothers, Bob and Lou, were guests, Lou Calder, of Union Bag and Paper which later merged with Kamp to make Union Kamp Paper, enjoyed stays at the Nest. Brother Bob spent about ten weeks each winter during the last years of his life at the Eagles Nest with his wife. Son Bob Calder, Jr., of Campbell Soups joined the family at the Nest.

Frank G. Burke Jr., of Sweetheart Soap which later was sold to Purex, spent four months in the Nest each winter. He loved the area so much the good times he had hunting around Punta Gorda and fishing at Boca Grande Pass that he requested he be cremated and his ashes placed in Boca Grande Pass. Upon his death his wife and favorite fishing guide followed his wishes.
e Eagles Nest for forty five years of his life. When people asked him about the great and important people he the privilege to know over those years he would certainly be amiss if he didn’t say the greatest people he ever met at the Eagles Nest was his Mother and Father, Jeanette and Jim Kelly, and his wife, Shirley, It was the combined effort of all that got the job done.

The Story Of The Eagles Nest – As Related By Jim Kelly

The property has been known as the “Eagles Nest” for over half a century. Even when Mr. and Mrs. Morrison, a very wealthy couple who traveled all over the world, owned the property it was known as the Eagles Nest. Plantings still on the property as well as old oriental slave fans, antique mantle, antique chests, etc. are reminders of the Morrison’s world-wide travel. It was originally known as “Eagles Nest” by the entire area because there was a beautiful eagle’s nest actually on the property. In later years a hurricane blew the old pine down that harbored the nest.

When the Kelly family purchased the property for the Morrison’s in the early 40’s they decided to keep the very appropriate name “Eagle Nest” for their resort operation. They also successfully maintained the natural charm and atmosphere of the property in their resort operation. Guests were made to feel right at home. When many left they said they felt like they were all part of the family.